byEsta Media Network
A Turkish army helicopter flying over mountains in the province of Sirnak, near the Turkish-Iraqi border, south-eastern Turkey. (AFP)

SULAIMANI (ESTA) — The Kurdistan Workers’ Party (PKK) accused Turkey once again of using “chemical and poison gases” against its fighters in the Kurdistan Region.

The People’s Defense Forces (HPG), the PKK military wing, released its monthly figures of war with Turkey in the areas of Avashin, Metin and Zap in the Kurdistan Region.

The group said its fighters had carried out 169 activities on ground and its air forces had conducted 34 acts against the Turkish military in one month, without specifying the month.

“In the activities, up to 238 invaders were punished while 39 guerrillas were martyred,” the group said on Wednesday.

“The Turkish military had conducted bombardments every day, and tried to enter the tunnels 42 times, but the attempts were destroyed,” the HPG stated.

It also said Turkey had used “chemical and poison gases 12 times” against the PKK fighters in the areas where they clashed with the Turkish army.

Turkey launched a new ground and air defensive in Duhok province on April 23. The Turkish military has entered nearly 10 kilometers deep into the Kurdistan Region.

The Turkish military has established a dozen military bases in the Kurdistan Region’s border as part of a military campaign against the PKK.

Turkey regularly carries out air and ground attacks against the PKK in the Kurdistan Region. It says neither the Iraqi government nor the Kurdish government has taken measures to combat the group. 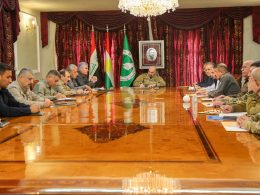 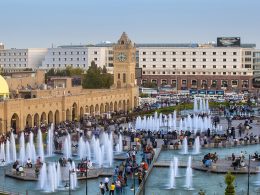 SULAIMANI (ESTA) — U.S., Canada and EU on Monday welcomed a United Nations report on the status of… 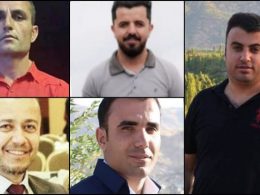 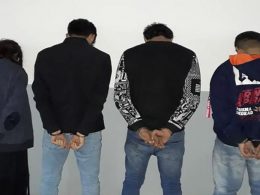 Police arrest four including woman over drug using in Sulaimani