Millions in Iraq, Syria at risk of losing access to water: aid groups

byEsta Media Network
Members of the Iraqi Water Sports Federation are pictured on the banks of the river Tigris, in the Adhamiya district of Iraq’s capital Baghdad, on October 15, 2020. (AFP photo)

SULAIMANI (ESTA) — Millions of people in Syria and Iraq are at risk of losing access to water, electricity and food amid rising temperatures, international aid groups warned on Monday.

The groups said the two neighboring countries were in need of rapid action to combat severe water shortages, according to the Associated Press.

Iraq is facing water shortages due to low rainfalls and reduction of water flows from Iran and Turkey. The two neighboring countries are holding back water to fill reservoirs, a step that has alarmed Iraq and caused shortages in the country.

They added that the drought was also disrupting electricity supplies as low water levels impact dams, which in turn impact essential infrastructure, including health facilities.

More than 12 million people in both countries are affected, including five million in Syria who are directly dependent on the Euphrates River, according to AP.

In Iraq, the loss of access to water from the Euphrates and Tigris River, and drought, threaten at least seven million people, the news agency said.

Iraq is mostly desert. Its inhabitable areas are fed by the Tigris from Turkey, the Euphrates from Turkey and Syria, and a network of rivers from Iran.

In May, spokesman of the Iraqi water resources ministry Ali Radi said levels of water in the Tigris and Euphrates Rivers had dropped by 50% compared to last year.

Regional director for the Norwegian refugee council Carsten Hansen said for hundreds of thousands of Iraqis still displaced and many more still fleeing for their lives in Syria, the unfolding water crisis “will soon become an unprecedented catastrophe pushing more into displacement.”

CARE’s regional chief for Mideast and North Africa, Nirvana Shawky, urged authorities and donor governments to act swiftly to save lives, according to AP.

The latest crisis comes on top of war, COVID-19 and severe economic decline, she said.

“There is no time to waste,” said Gerry Garvey of the Danish Refugee Council, adding that the water crisis is likely to increase conflict in an already destabilized region.

In 2011, former Iraqi minister of agriculture Izzedine al-Dawla said millions of Iraqis might have no access to clean water in 15 to 20 years.

“Our expectation is that after 15 to 20 years the people in the provinces will wake up to find no safe water for drinking and agriculture in the Tigris and Euphrates,” al-Dawla said. 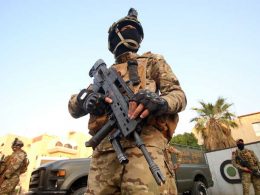 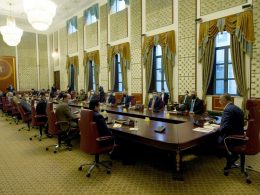 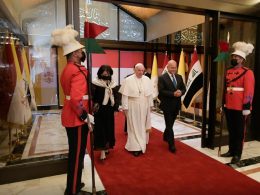 Pope says Iraq will ‘always remain in my heart’ 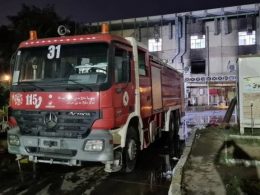