SULAIMANI (ESTA) — The United Nations said on Wednesday freedom of expression in the Kurdistan Region has been “increasingly curtailed” over the past year.

The Office of the U.N. High Commissioner for Human Rights (OHCHR) and UNAMI said in a report that people in the Region had been targeted for exercising their legitimate right to report on or criticize the actions of the public authorities.

“Recent years have seen progress towards a democratic Kurdistan Region where freedom of expression and the rule of law are valued,” U.N. High Commissioner for Human Rights Michelle Bachelet said in the report.

“But democratic societies need media, activists and critics to be able to report on public issues without censorship or fear, and citizens also have a right to be informed,” Bachelet stressed.

The UNAMI said the key findings of the report were of serious concern, particularly the behavior of the security institutions, the selective application of laws and the lack of compliance with relevant legal procedures and international human rights standards.

“Transparency, accountability and openness to questioning is vital for any healthy democracy,” Special Representative of the U.N. Secretary-General for Iraq Jeanine Hennis-Plasschaert said in the report.

The OHCHR and UNAMI said they had documented a pattern of arrests of journalists, human rights defenders and other civil society activists after publishing posts on social media, writing news articles, including in advance of planned protests, attending or reporting about demonstrations, and otherwise “legitimately exercising their right to freedom of expression in a manner perceived by the Government to be against Kurdish ‘interest’.”

They further said they had documented 33 cases where journalists, activists or human rights defenders were detained without being provided information on the reasons for the arrest.

The OHCHR and UNAMI added that many of those arrested were held in detention for lengthy periods of time and others were held for periods of up to ten days without being brought before a judge.

The report urged the Kurdistan Regional Government (KRG) authorities to take immediate steps to fully protect the right to freedom of expression and to end harassment, intimidation and reprisals against journalists, human rights defenders and activists.

It also called on the KRG to make sure that criminal law “is not used as a tool to limit freedom of expression, including by refraining from arresting and/or detaining individuals lawfully expressing dissent and/or discontent.”

“Existing laws should be amended to provide clear definitions of prohibited speech and all restrictions on freedom of expression set out in domestic legislation should be consistent with relevant international human rights standards,” the report said.

The UNAMI said the report had been shared in advance with the Iraqi government and the KRG.

110 Iraqis who returned from India infected by coronavirus: health ministry 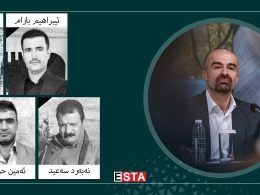 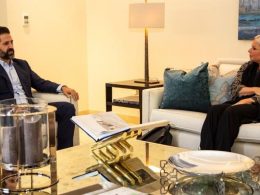 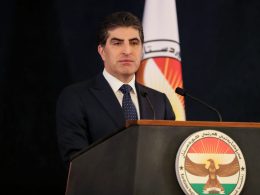