Bafel Talabani: We will prevent attempts aiming to disrupt stability

SULAIMANI (ESTA) — Patriotic Union of Kurdistan (PUK) Co-president Bafel Talabani said on Tuesday they would prevent any attempt that targets stability of the Region.

Talabani alongside Qubad Talabani, deputy prime minister, met with a group of people from Mirawdali tribe in Sulaimani city on Tuesday.

The PUK’s co-president discussed with the leader and members of the Mirawdale tribe the latest changes, ensuring that “all the steps made were for the sake of public,” his office said in a statement.

“We will continue our efforts to protect tranquility in this region,” Talabani said. “We will also prevent any attempt that aims to disrupt stability and mislead the beloved people of Kurdistan.”

“The PUK will become the old strong PUK … You will see good results in the future,” he added. 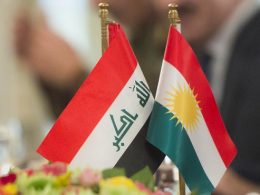 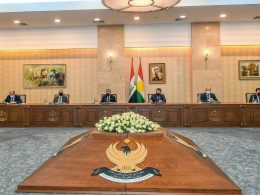 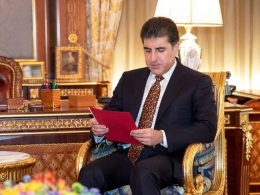 Macron reaffirms support for Kurdistan in letter to Kurdish president 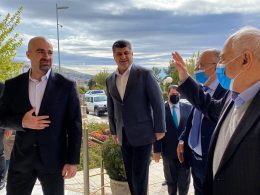 PUK, Gorran call for formation of decision-making delegation for talks with Baghdad