Iran says U.N. arms embargo on Tehran has been lifted

byEsta Media Network
A Shahab-3 surface-to-surface missile is on display at an exhibition by Iran’s army and paramilitary Revolutionary Guard in downtown Tehran, Iran, Sept. 25, 2019. (AP)

SULAIMANI (ESTA) — Iranian foreign ministry said a longstanding U.N. embargo on arms sales to and from Iran expired early on Sunday in line with a 2015 nuclear deal.

“As of today, all restrictions on the transfer of arms, related activities and financial services to and from the Islamic Republic of Iran … are all automatically terminated,” the Iranian ministry said in a statement, according to AFP.

The 2007 Security Council arms embargo on Iran starts expiring progressively from Sunday, as agreed to under the nuclear deal among Iran, Russia, China, Germany, Britain, France and the United States that sought to prevent Tehran from developing nuclear weapons in return for economic sanction relief.

“As of today, the Islamic Republic may procure any necessary arms and equipment from any source without any legal restrictions, and solely based on its defensive needs,” the ministry added.

It insisted that under the terms of the deal “the lifting of arms restrictions and the travel ban were designed to be automatic with no other action required.”

Tensions between the United States and Iran have soared since U.S. President Donald Trump in 2018 unilaterally withdrew from the deal and reimposed sanctions.

In August, the Trump administration triggered a process aimed at restoring all U.N. sanctions, after the U.N. Security Council rejected a U.S. bid to extend the conventional arms embargo on the country.

“Today’s normalization of Iran’s defense cooperation with the world is a win for the cause of multilateralism and peace and security in our region,” Iranian Foreign Minister Mohammad Javad Zarif said on Twitter.

Days after triggering the process, U.S. Secretary of State Mike Pompeo warned Russia and China not to disregard the reimposition of all U.N. sanctions on Iran which Washington has demanded.

When asked whether the United States would target Russia and China with sanctions if they refuse to reimpose the U.N. measures on Iran, Pompeo said: “Absolutely,” according to Reuters.

“We have already done that, where we have seen any country violate … the current American sanctions, we’ve held every nation accountable for that. We’ll do the same thing with respect to the broader U.N. Security Council sanctions as well,” he said.

Iran has developed a large domestic arms industry in the face of international sanctions and embargoes that have barred it from importing many weapons.

Iraqi PM arrives in Saladin to investigate abduction of 12 civilians 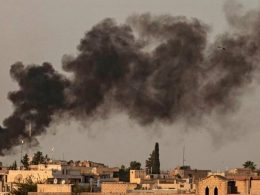 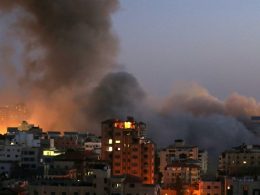 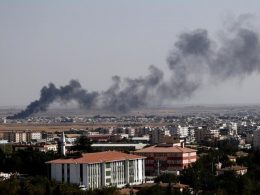 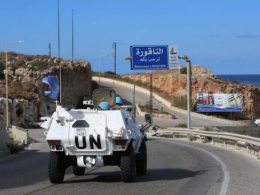