SULAIMANI (ESTA) — Two internally displaced persons (IDPs) were injured in Turkish bombardment in a sub-district Duhok province early on Wednesday, according to a witness.

Turkish artillery shelled areas around Bhere village in Darkare sub-district at 2:30 a.m. on Wednesday, said a man who the two civilians worked for as “shepherds”.

The bombardment wounded two civilians who displaced to the area due to Islamic State (ISIS) attacks in Sinjar, the man said.

The two, 18 and 19, worked as “shepherds” for the man who spoke to Esta Media Network in front of a hospital in Duhok.

“The health condition of the older brother is unstable and was transferred to Duhok emergency hospital,” the man added.

On Tuesday, another civilian was injured in a Turkish strike on Disheshe village in the sub-district of Kani Mase, northeast of Duhok.

The Turkish strikes have injured five civilians since Turkey launched an operation in Duhok province in April, according to Esta’s reporter. Three villages have been evacuated in the province.

Turkey launched a new ground and air defensive against the Kurdistan Workers’ Party (PKK) fighters in Duhok province on April 23. The Turkish military has entered nearly 10 kilometers deep into the Kurdistan Region.

The Turkish military has established a dozen military bases in the Kurdistan Region’s border areas with Turkey as part of its military campaign against the PKK.

Turkey has conducted numerous ground and aerial cross-border offensives into the Kurdistan Region to attack the PKK fighters, who maintains bases in the region. 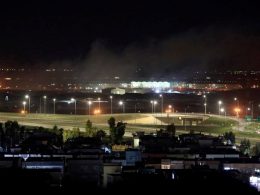 U.S. says there will be consequences for culprits of Erbil rocket attack 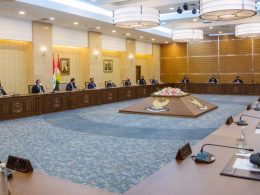 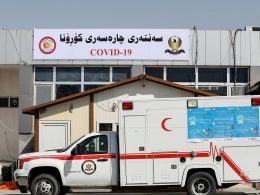 SULAIMANI (ESTA) — The Kurdistan Region’s coronavirus cases surged past 80,000 on Wednesday, according to the health ministry.… 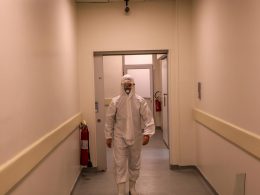