Deputy PM calls for quick steps to be taken to prevent suicide, femicide in Kurdistan

SULAIMANI (ESTA) — Deputy Prime Minister Qubad Talabani said on Tuesday steps should be accelerated to prevent suicide and femicide in the Kurdistan Region.

Talabani held talks with a number of ministries and related institutions to discuss an increase in cases of suicide and femicide as well as violence against women in the Kurdistan Region, his office said in a statement.

Officials highlighted solutions and plans to prevent the occurrence of suicide, femicide and violence against women, which has increased in the Region.

“Quick steps should be taken to prevent the development of cases including femicide and suicide, and through the various channels awareness should be given to people so that necessary solutions to this social problem will be found,” Talabani said.

Violence against women has increased recently in the Kurdistan Region. Cases of femicide continue to reoccur in the region despite condemnation and calls for putting an end to the killing.

At least 25 women were murdered in the Kurdistan Region in 2020, according to the General Directorate to Combat Violence Against Women. Thirty-eight others committed suicide and 67 others self-immolated.

Talabani also ordered during the meeting to find quick steps to implement the detention of perpetrators involved in the cases of femicide, the statement read.

Civilian injured in Turkish airstrikes in northeast of Duhok – official 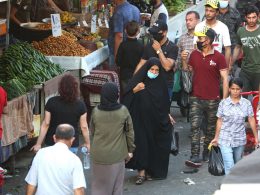 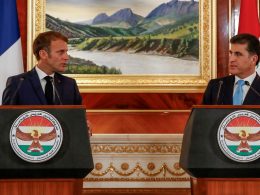 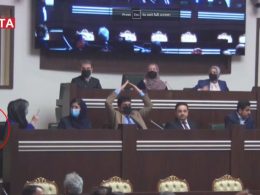 SULAIMANI (ESTA) — An opposition lawmaker threw his shoes at the Kurdistan parliament’s presidency on Wednesday. The Kurdistan…