byEsta Media Network
Iraq had considered the purchase of a Russian air defense system, according to lawmakers. (Photo: Russian Military via The Moscow Times)

SULAIMANI (ESTA) — The Iraqi defense ministry is keen to build an integrated air defense system, said an Iraqi parliamentary committee on Saturday, as the country intends to strengthen its air space.

Deputy chairman of the Iraqi parliament’s committee of security and defense Nayif al-Shammari said the financial budget for 2021 includes allocations to provide the Iraqi armed forces with modern equipment to keep pace with the development in the armies in the world, according to state news agency INA.

“The Minister of Defense is keen to build an integrated air defense system,” Shammari told INA, without mentioning which defense system Iraq is planning to attain.

“The government will conduct meetings with important companies in the next few months to provide Iraq with a modern integrated air defense system,” he said.

In January 2020, Iraqi lawmakers said Baghdad was considering the purchase of a Russian air defense system.

“We are talking to Russia about the S-400 air defense missiles but no contracts have been signed yet,” said Karim Elaiwi, member of the parliament’s security and defense committee.

Russian Ambassador to Iraq Maksim Maksimov said in April 2020 that Moscow was prepared to provide Baghdad with advanced S-400 air defense missile systems once Baghdad made an official request for the military hardware, according to Defense World news outlet.

The United States has warned Iraq of the consequences of extending military cooperation with Russia, and concluding deals to buy sophisticated weaponry, particularly S-40 missile systems. 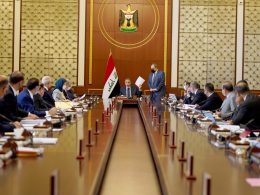 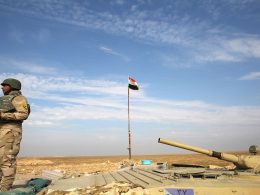 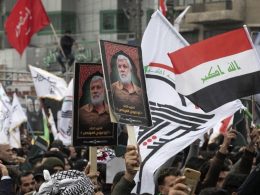