Zariv arrived in the Kurdistan Region on Tuesday and welcomed by Deputy Prime Minister Qubad Talabani at Erbil airport.

He met with Prime Minister Masrour Barzani and President Nechirvan Barzani in his visit to the Region.

The Iranian official then paid a visit to the PUK politburo in Erbil to meet with the party’s co-leaders.

They discussed developing relations, coordination, joint works and strengthening economic and trade relation between the Kurdistan Region and Iran that pave the way for political stability and security in the region, Talabani’s office said in a statement.

The PUK co-leaders stressed security and stability in the region, seeing peace and security of Iraq and the Kurdistan Region an “important factor” for protection and tranquility in the neighboring countries, the statement read.

Zarif, for his part, acknowledge the PUK for playing an important role, saying the party’s position has strengthened since the PUK congress, according to the statement.

He also expressed Iran’s readiness to develop relations and to assist Iraq and the Kurdistan Region in all fields, Talabani’s office said.

The PUK co-leaders also expressed happiness for Vienna talks on Iran’s nuclear accord with the world powers, saying “reaching agreement will lead to reduce burdens on Iranians, who were harmed by the [U.S.] sanctions,” the statement said.

The Iranian foreign minister arrived in Iraq on Monday and met with senior officials including President Barham Salih and Prime Minister Mustafa al-Kadhimi as well as political leaders in Baghdad.

“We welcome Iraq’s vital role in the region and we hope that day after day that strengthens Iraq’s role for the stability of the region,” Zarif said, according to AP.

His comments came after senior Iranian and Saudi officials held direct talks in Baghdad earlier this month. The talks signaled a possible de-escalation following years of animosity that often spilled into neighboring countries.

Zarif did not confirm the meeting was held in Iraq, but he thanked the Iraqi government for “exerting its efforts”.

“We hope that these efforts will lead to more negotiations and understandings in the region,” he added. 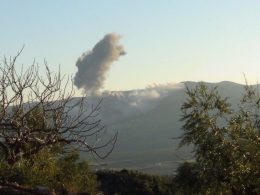 SULAIMANI (ESTA) — Three civilians were wounded in a Turkish airstrike in the Kurdistan Region’s district of Amedi,… 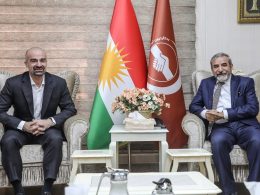 PUK has one candidate for position of Iraqi president: lawmaker 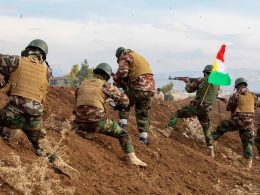