SULAIMANI (ESTA) — The Kurdistan Region Presidency on Monday condemned the killing of a top Iranian nuclear scientist near Tehran.

The semi-official Tasnim news agency reported that after an explosive-laden car exploded near Mohsen Fakhrizadeh’s vehicle around 2:30 pm local time, one of the assassins began to spray bullets at his car.

It said one of Fakhrizadeh’s bodyguards was shot four times and Fakhrizadeh was transported by helicopter to a hospital in Absard town at Damavand county some 70 km (44 miles) east of Tehran. He died in the hospital.

One witness told state TV that there were repeated gunshots and Fakhrizadeh’s bodyguards clashed with the assassins.

“We condemn the assassination of Iranian scientist Mohsen Fakhrizadeh who was assassinated in a militant attack,” the Kurdistan Region presidency said in a statement.

“We extend our condolence to Iran’s leadership and people as well as the deceased family,” the presidency added.

Iran’s clerical and military rulers have threatened revenge for Friday’s killing of Mohsen Fakhrizadeh, which could further increase tensions in the Middle East region and beyond.

The death of Fakhrizadeh could provoke confrontation between Iran and its foes in the last weeks of Donald Trump’s U.S. presidency. It could also complicate any effort by President-elect Joe Biden to revive the detente of Barack Obama’s presidency once he takes office in January.

“Our people are wiser than to fall in the trap of the Zionist regime [Israel] … Iran will surely respond to the martyrdom of our scientist at the proper time,” Rouhani said in a televised cabinet meeting.

“Once again, the evil hands of Global Arrogance and the Zionist (Israeli) mercenaries were stained with the blood of an Iranian son,” Rouhani said in a statement earlier on Saturday, adding that Fakhrizadeh’s death will not slow down Iran’s nuclear work.

At least four scientists were killed between 2010 and 2012 in what Tehran said was a program of assassinations aimed at sabotaging its nuclear energy program. Iran has always denied pursuing nuclear weapons.

Moderna to seek U.S. and EU authorization for its vaccine on Monday 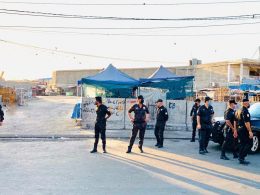 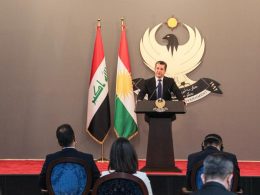 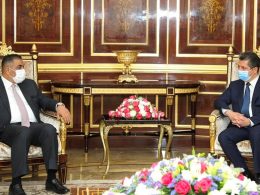 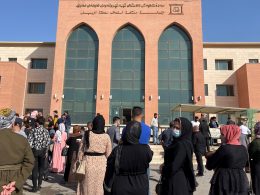 German consulate expresses concern over rule of law in Kurdistan