byEsta Media Network
A flame rises from a chimney at Taq Taq oil field in Erbil, in the Kurdistan region, Aug. 16, 2014. (Reuters)

SULAIMANI (ESTA) — The Kurdistan Regional Government (KRG) exported 77.35 million barrels of oil through pipeline in the first half of 2021, generating more than $4.1 billion, according to auditing giant Deloitte.

The KRG has released reports prepared by Deloitte on oil production, export, consumption, and revenue in the Kurdistan Region between January 1 and June 30 of this year.

The KRG brought in a gross of more than $1.840 billion for oil sales in the first three months of this year, while it was $2.286 billion between April and June.

Accounting for various payments, tariffs, and other costs and debits, the net cash balance it received from sales for January until March was more than $842.75 million, while it was more than $849.43 million between April and June.

Deloitte said $294 million and 310 million euros of KRG oil revenues “remains held in bank accounts in Lebanon” as banks there continue to restrict the movement of foreign currency outside the country.

“The KRG is engaged in discussions with international buyers and oil producers in continuing its efforts to maximize sales prices and reduce production costs to maximize value for the people of Kurdistan,” the KRG said in a statement. OPEC+ yet to find compromise on oil policy for 2021: sources 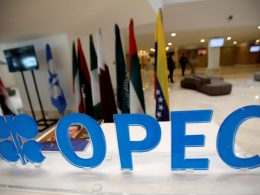