In a statement, the ministry said ISIS militants attacked frontlines of the Peshmerga forces near the village of Qara Salim in Prde sub-district, north of Kirkuk.

“There are martyrs and injuries in this coward attack,” the ministry added.

“The terrorists were chased and the situation is under control,” it added.

Esta Media Network reporter cited an official in Kirkuk as saying that two Peshmerga were killed and two others were wounded in the attack.

Meanwhile, Commando Force said it had sent units to Qara Salim village to support the Peshmerga forces in fighting the militants.

The attack came hours after the militants captured Liheban village in the foothills of Qarachogh mountain in Kirkuk province after villagers evacuated the area.

Recently, ISIS militants have increased attacks against civilians and security forces in the disputed territories, claimed by both Baghdad and Erbil.

Last week, the militants carried out five attacks against Peshmerga forces in Garmian administration and Qarachogh mountain near Makhmour, southwest of Erbil.

Three civilians and 10 members of the Peshmerga forces were killed in the attack on Khidrjija village in the foothills of Qarachogh mountain.

Eight other members of the Peshmerga forces were killed in the attacks in Kifri and Kulajo in Garmian administration, according to authorities. 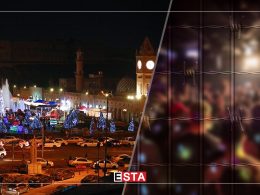 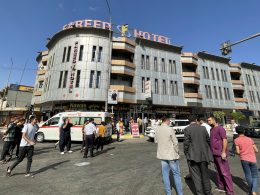 Two Syrian girls die in fire at hotel in Erbil 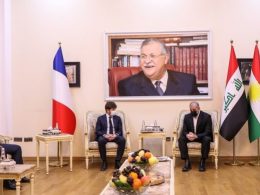