byEsta Media Network
A hand-made explosive device planted under the car of a police officer has been destroyed in a controlled manner, in Nusaybin district of Mardin, Turkey, Dec. 4, 2021. (DHA Photo via Daily Sabah)

SULAIMANI (ESTA) — Turkish police found a bomb attached to the car of a riot police officer assigned to work at an event attended by President Recep Tayyip Erdogan in eastern Turkey, according to media reports.

Turkey’s state-run Anadolu Agency reported that the device was discovered in Nusaybin city, from which the officer had been due to drive 200 km northeast to Siirt, where Erdogan later addressed an outdoor audience.

TRT Haber news outlet said the bomb was affixed to the undercarriage of the officer’s car and found before he left for the rally.

Daily Sabah news outlet reported that the officer had left his residence to go to the event in his personal vehicle and was picking up a friend who was also on the way to work when his friend noticed an object under the car.

The bomb was defused and an investigation was launched, Anadolu said. 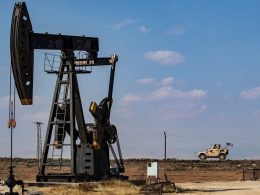 Saudi Arabia and Iran to hold second round of talks this month: sources 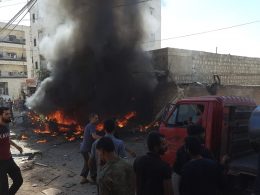 SULAIMANI (ESTA) — One person was killed in an explosion that hit Afrin city on Sunday, according to…