SULAIMANI (ESTA) — Iraq’s al-Fateh Alliance and Kataib Hezbollah on Tuesday rejected the partial and initial results of Iraq’s parliamentary election, after their biggest lose in the general election.

Head of al-Fateh Alliance Hadi al-Amiri said the alliance did not accept the “fabricated results” of the elections announced by the electoral commission.

Partial and initial results showed on Monday that candidates representing Shia militias backed by Iran had emerged as the biggest loser in the general election.

The results showed al-Fateh alliance, comprised of parties and affiliated with the Popular Mobilization Forces (PMF), winning 14 seats, down from 48 they got in 2018.

“Whatever the cost will be we will defend the votes of our candidates and voters with full force,” Amiri said in a press conference on Tuesday.

“We will take all available measures to prevent voter tampering,” Askari said in a tweet.

Voter turnout was 41%, a record low in the post-Saddam Hussein era signaling widespread distrust of the country’s leaders and the vote for a new parliament. That’s down from 44% in the 2018 elections, which was an all-time low.

Shia Muslim cleric Moqtada al-Sadr’s party was the biggest winner in the election, increasing the number of seats he holds in parliament.

Former prime minister Nouri al-Maliki looked set to have the next largest win among Shia parties, according to the initial results.

Iraq’s Shia groups have dominated governments and government formation since the U.S.-led invasion of 2003 that toppled Sunni dictator Saddam and catapulted the Shia majority and the Kurds to power.

Sunday’s election was held several months early, in response to mass protests in 2019 that toppled a government and showed widespread anger against political leaders whom many Iraqis say have enriched themselves at the expense of the country. 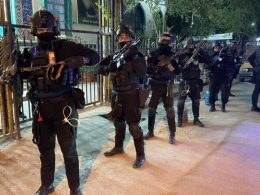 Sadr says he is dissolving armed faction loyal to him

SULAIMANI (ESTA) — Iraq’s Shia cleric Moqtada al-Sadr said he was dissolving one of his armed brigades, according… 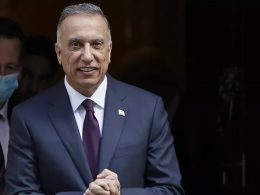 Iraqi PM to visit Pakistan in near future – ambassador

SULAIMANI (ESTA) — Iraqi Prime Minister Mustafa al-Kadhimi will pay a visit to Pakistan in the near future,… 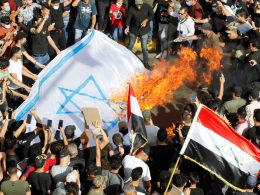