byEsta Media Network
A close up view of destroyed buildings at an Iraq-Syria border crossing after airstrikes, seen in this February 26, 2021 handout satellite image provided by Maxar. ( REUTERS)

SULAIMANI (ESTA) — Unidentified aircraft hit a base run by Iranian-backed militias in Syria’s eastern province of Deir al Zor near the Iraqi border where Tehran has in the last year expanded its military presence, residents and military sources said.

They said on Monday that the strikes were south of the town of Mayadeen along the Euphrates River which has become a major base for several Shia militias, mostly from Iraq, since Islamic State (ISIS) militants were driven out nearly four years ago.

Iranian-backed militia fighters patrolling the streets were put on heightened alert and ambulances were seen rushing to the desert outskirts of the city after several explosions were heard, two residents said.

“Panicky militias were calling on pedestrians and cars to clear the city center and main streets around it,” Ahmad al-Shawi, a resident told Reuters in a text message.

The air attacks were not immediately reported on Syrian state media, which has previously denied that thousands of Iranian-backed militia fighters are deployed across large parts of the country.

Israel, alarmed by Iran’s growing regional influence and military presence in Syria, says it has carried out hundreds of strikes in Syria to slow down Iranian entrenchment.

Over the past year, strikes by unmanned Israeli aircraft have concentrated on the border town of Albu Kamal, south east of Mayadeen, that lies on a strategic supply route for Iranian-backed militias who regularly send reinforcements from Iraq into Syria.

The Iranian-backed militias are also in control of large stretches of the frontier on the Iraqi side. 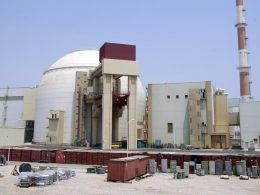 SULAIMANI (ESTA) — A draft bill requiring Iran’s government to pursue uranium enrichment of 20%, and to disregard… 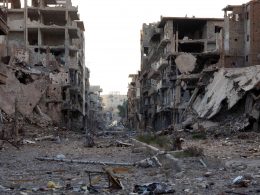 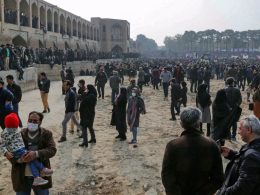 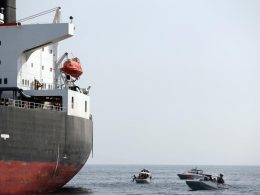