SULAIMANI (ESTA) — It was a series of intercepted phone calls on a tense night in June that made Iraq’s new prime minister Mustafa al-Kadhimi fully realize how few friends he had.

During one call, a senior Iraqi leader with strong ties to Iran instructed the security chief for Baghdad’s fortified Green Zone, which hosts government buildings and foreign embassies, not to stand in the way of militiamen who were storming the area, two Iraqi security officials said, according to Reuters.

The militiamen were angry at the arrest of comrades accused of firing anti-U.S. rockets. During the hours-long standoff, the militia detained several members of a U.S.-trained counter-terrorism force, according to the security officials and two militia sources.

On the June 25 call, the leader with ties to Iran warned the Green Zone security chief, Shihab al-Khiqani, that “a clash would open the gates of hell” between the militias and the forces guarding the area, according to one of the security officials, who viewed a transcript of the call.

The second security official and the two militia sources corroborated that call and said Khiqani was told by militia commanders in other phone conversations that night to avoid any standoff with the paramilitaries.

Kadhimi, a former intelligence chief and U.S. ally who had been in the Green Zone that night, learned of the conversations around a week later, after launching an investigation into the events, the two security officials said. They said it shook him, serving as a stark lesson about his enemies’ power.

Kadhimi fired Khiqani immediately after the investigation and embarked on a wide-ranging purge of top state security posts that he presses on with – now under renewed U.S. pressure.

The communications intercepted by Iraqi security services on the night of June 25 brought home the stark reality for Kadhimi that despite being backed by Washington, he could not even trust Iraqi government forces to stop Iran-backed militias running rampant outside his offices.

It set the tone for Kadhimi’s premiership, which has been marked by attempts to exert control over a fractious Iraqi state while placating both an unpredictable White House and the anti-U.S., Iran-aligned groups that want him to fail.

Since taking office in May after being Iraq’s third prime minister-designate in 10 weeks, a key part of Kadhimi’s policy is to reduce the stranglehold Iran-backed militias have developed on large parts of Iraq’s security forces since the U.S.-led ouster of Saddam Hussein in 2003.

But he operates in a complicated political reality that limits his ability to make changes, say security officials, militia leaders, senior politicians and Western diplomats.

They say Kadhimi’s approach might work but question whether his interim cabinet can make a difference before a general election expected as early as June.

The prime minister has recently had to contend with a threat from Washington to close its embassy if he cannot stop anti-U.S. rocket attacks by pro-Iran militias, and demands from the militias that he boot out American troops or they will escalate attacks on Western targets.

“The Americans want Kadhimi to go further and faster. He’s saying I can’t without toppling my government or starting a civil war,” one Western diplomat said.

Iraqi government spokesman Ahmed Mulla Talal said the prime minister had implemented many changes in the leadership of the security forces but that it was unrealistic to expect total reform within five months.

“You can’t describe the big changes Kadhimi has made as being slow” because of the mismanagement of the security system by previous governments over the past 17 years, he said.

He described the U.S. talk of closing its embassy as “a worrying step for the Iraqi government” but said “there is no pressure from any side to move faster on any step.”

The spokesman didn’t respond to specific questions about the June 25 call or Kadhimi’s response to it.

Kadhimi, a former journalist who regularly removes his tie to jump into helicopters and tour different provinces, has talked candidly about many challenges facing his government but has avoided mentioning specific militias that stand in his way.

“I will not tolerate rogue groups hijacking our homeland to create chaos,” he tweeted days before the Green Zone incident.

In response to questions about U.S. pressure and Kadhimi’s record, a U.S. embassy official said Iraq had a “duty to protect diplomatic premises … but overall we are pleased that Iraq is taking steps to strengthen security for diplomatic missions in Baghdad.”

Iraqi lawmakers chose Kadhimi as prime minister, with nods from both Iran and the United States – two countries that have repeatedly clashed in Iraq. His predecessor resigned last year as anti-government protesters took to the streets in their thousands, demanding jobs and the departure of Iraq’s ruling elite. Protesters blame many of Iraq’s ills on Iran-aligned militias and parties.

Kadhimi’s team, through frequent social media messaging, portray him as an uncompromising leader who will stop at nothing to wipe out rogue groups.

It was his first bold move against the militias that triggered that tense night in June. He ordered the U.S.-trained Counter-Terrorism Service (CTS) to detain 14 members of the most powerful Iran-aligned faction, Kataib Hezbollah, in response to rocket attacks on U.S. targets.

Militiamen led by Kataib Hezbollah’s top commander circled the Green Zone with guns in pick-up trucks and detained the CTS members. To pull the paramilitaries off, Kadhimi had to turn to his rivals, calling the same commanders and senior Iraqi leader tied to Iran who he later learned had told Khiqani to stand down that night.

The militiamen left, but not before getting guarantees their comrades would be let go. Over the coming days, they were.

The sources, who spoke on condition of anonymity, asked Reuters not to name the senior Iraqi leader and commanders because it would also identify them. Their accounts were corroborated by the five militia sources and political insiders with knowledge of the incident.

A Kataib Hezbollah spokesman denied involvement in any recent rocket attacks against Western targets. He said the group was not directly involved in the Green Zone storming, and that it was carried out by supporters of Iraq’s state paramilitary forces.

Kadhimi has in recent months announced a raft of new military and security appointments.

His pick to succeed Khiqani as chief of Green Zone security, appointed last month, is an officer trained at Britain’s Sandhurst military academy.

Other key appointments by Kadhimi include the reinstated and popular CTS commander Abdulwahab al-Saidi and Interior Minister Uthman al-Ghanimi, both viewed by the West as competent and free of party political ties.

But some appointments have appeased political parties, including groups Kadhimi needs to counterweight the pro-Iran camp, and even some Iran-aligned figures, Iraqi politicians and Western diplomats say.

Interior Minister Ghanimi’s new deputy, Hussein Dhaif, belongs to the party of populist and unpredictable cleric Moqtada al-Sadr, who generally opposes Iranian influence but acts in his own interest and has sided with Iran when it has suited him.

National Security Adviser Qasim al-Araji, a former interior minister, is a member of the Iran-aligned Badr Organization that has long dominated the interior ministry.

“Kadhimi is under enormous pressure from all political blocs which keep insisting on certain jobs. He’s trying to push back but can’t ignore them completely, so he’s had to take on appointments he perhaps wouldn’t have chosen,” the Western diplomat said.

Kadhimi has had to play a similar balancing act abroad.

During his first foreign trip to Tehran in July, Kadhimi pledged not to let Iraq be used as a launch pad for aggression against its neighbor Iran. Supreme Leader Ayatollah Ali Khamenei pressed the Iranian demand that U.S. troops leave Iraq.

On a visit to Washington the following month Kadhimi stressed that U.S. troops would long be needed to train Iraqi forces – a response to President Donald Trump’s assertion that America would eventually “obviously … be gone” and that the United States would continue to reduce the presence of its 5,000 remaining troops.

A key U.S. demand is for Kadhimi to force militias out of the Green Zone and stop rockets and roadside bomb attacks against diplomats and troops. Washington’s threat last month to close its embassy in Baghdad if attacks continued was a move which Western diplomats said could pave the way for U.S. air strikes. A U.S. strike killed Iranian commander Qassem Soleimani and Iraqi militia chief Abu Mahdi al-Muhandis in Baghdad in January pushing the region to the brink of conflict.

Iran-backed militias who are still spoiling for revenge for those deaths have paused attacks for now – partly thanks to the U.S. embassy threat – but are asking Kadhimi to make U.S. forces leave, or they will resume fire.

U.S. Secretary of State Mike Pompeo said last week that Iraq was doing more to protect diplomats in the Green Zone but declined to comment on whether Washington was still considering shutting its embassy.

The Kataib Hezbollah commander who led his men through the Green Zone in June, Abdul Aziz al-Mohammedawi, alias Abu Fadak, still occupies the office inside the zone of his slain superior Muhandis, according to militia officials, creating an uneasy presence of both his fighters and the U.S.-trained CTS counter-terror force.

No successful prosecutions over rocket attacks or killings of pro-democracy activists, a key promise by Kadhimi, have been made since he took office.

Flights between Sulaimani and Istanbul to resume next week: official 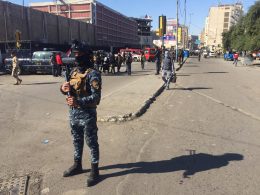 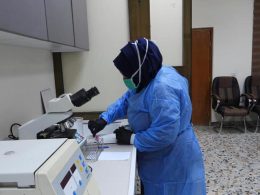 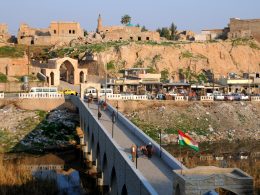