byEsta Media Network
The towers were targeted by IEDs

The sources said the towers were targeted by improvised explosive devices between the villages of al-Rafia and al-Maruh in Rashad sub-district, south of Kirkuk.

The area in under the control of Iraqi federal police, Esta Media Network reporter said.

No groups have claimed responsibility for attacks on the power towers.

Iraq’s Joint Operations Command said on Sunday that around 45 towers had been targeted by “terrorists” in the past days.

On Saturday, Iraqi security media cell said seven people had been killed and 11 others had been wounded in recent attacks on the transmission towers in the country.

As many as 61 transmission towers had been damaged in the attacks, it added.

Iraqi Minister of Interior Othman Ghanmi has ordered authorities to intensify efforts to protect the towers, according to state news agency (INA).

The explosion of towers comes as Iraq is struggling with electricity outage in several provinces in central and south of the country.

Power went out completely across most of the country’s provinces before dawn, residents said, in some of the worst shortages this year. Some main grid electricity had returned to Baghdad by the afternoon.

The electricity ministry said the blackouts, which started in the south before spreading to the rest of the country, were caused by unexplained attacks on power lines.

“Someone is trying to destabilize the country and sow chaos,” ministry spokesman Ahmad Moussa said on television, without giving further details.

Iraqi analyst Zakwan Sharif has said the militants targeting the towers were working as “small independence cells”, and that they were spread across Iraq.

“Those cells are managed by a specific party which benefits from the existence of power inadequacy in Iraq,” he added.

“This is a reality which the government does not want to admit.”

Power from Iraq’s main grid suffers year-round from hours-long cuts each day, but the shortages worsen during the hot summer months when temperatures regularly reach 50 degrees and households rely on air conditioning. 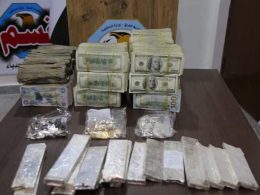 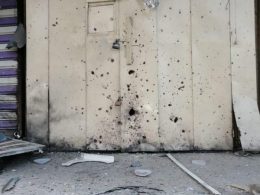 Iraq’s Shia parties, except for Sadrist, reaffirm their rejection of initial results 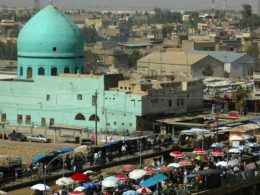 SULAIMANI (ESTA) — Four cases of black fungus have been recorded in Kirkuk, according to a health official.…