SULAILAMNI (ESTA) — At least seven people have been killed in recent attacks on transmission towers in Iraq, the Iraqi military said on Saturday.

In a statement, the security media cell said as many as 61 main power lines had been damaged in attacks on the towers across Iraq.

At least 11 people were also wounded during the attacks, it added.

Iraqi authorities accuse Islamic State (ISIS) and other militant groups of targeting the country’s power towers in several provinces, amid a heat wave and electricity outage.

But no groups have claimed responsibility for the attacks.

Officials in Saladin governorate has said dozens of the towers had been attacked by ISIS militants or other groups in the past weeks, according to Shafaq News.

Iraqi Prime Minister Mustafa al-Kadhimi said last week that the hours of power supply had reduced due to “repeated and intentional targeting of electrical towers in a number of provinces”.

In an attempt to limit the targeting of energy towers, the federal government has decided to use drones to protect the towers and identify the parties behind the attacks.

The explosion of towers comes as Iraq is struggling with electricity outage in several provinces in central and south of the country.

Power went out completely across most of the country’s provinces before dawn, residents said, in some of the worst shortages this year. Some main grid electricity had returned to Baghdad by the afternoon.

Four southern provinces have been without electricity since Tuesday, including Basra – home to Iraq’s main port.

The electricity ministry said the blackouts, which started in the south before spreading to the rest of the country, were caused by unexplained attacks on power lines.

“Someone is trying to destabilize the country and sow chaos,” ministry spokesman Ahmad Moussa said on television, without giving further details.

Power from Iraq’s main grid suffers year-round from hours-long cuts each day, but the shortages worsen during the hot summer months when temperatures regularly reach 50 degrees and households rely on air conditioning.

Syrian Kurds to Russia: We are ready for dialogue with Damascus 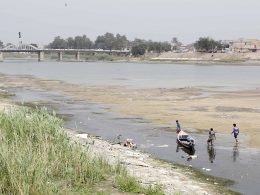 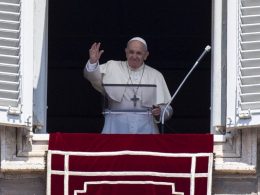 Pope says he will visit Iraq as ‘pilgrim of peace’

SULAIMANI (ESTA) — Pope Francis said on Thursday he will visit Iraq as a “pilgrimage of peace”, paying… 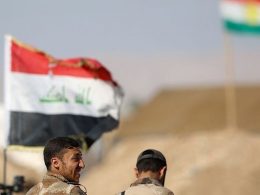 There is ‘high’ security coordination between Iraqi military, Peshmerga: spokesman