byEsta Media Network
A Turkish army helicopter flying over mountains in the province of Sirnak, near the Turkish-Iraqi border, south-eastern Turkey. (AFP)

SULAIMANI (ESTA) — The Turkish military would continue its operations against “terrorist groups” in Iraq and Syria, said the country’s national security council.

The council stressed that military operations along the country’s southern border would decisively continue to eliminate “terrorist groups” and to ensure uninterrupted safety for the country.

“The cross-border operations have been carried out with respect to the sovereignty and territorial integrity of our neighbors with the aim of eliminating terrorism at its source and the aim of establishing security and peace of our neighbors and our country,” the council said in a statement.

Turkish forces have stepped up attacks on bases of the Kurdistan Workers’ Party (PKK) inside the Kurdistan Region over the last year, focusing their firepower and incursions mainly on a strip of territory up to 30 km (about 20 miles) inside Iraq.

The PKK, designated a terrorist organization by the United States and European Union, has fought an insurgency against the state in mainly Kurdish southeast Turkey since 1984. More than 40,000 people have been killed in the conflict.

On Tuesday, Erdogan warned Iraq that Turkey would “clean up” Makhmour refugee camp which it says provides a safe haven for the PKK, threatening to take its long military campaign deeper inside Iraqi territory.

Makhmour was targeted by Turkish air strikes a year ago, although there were no reports of casualties at the time, but a senior Turkish official said it was now a priority for Ankara. 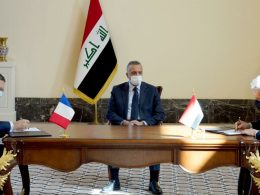 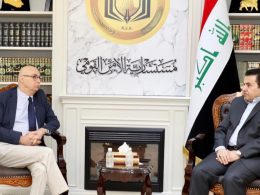 SULAIMANI (ESTA) — Iraq is keen to develop its relations with the world, said the country’s national security… 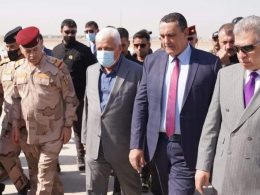 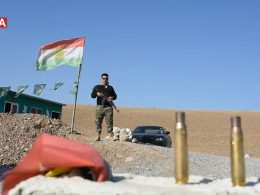