SULAIMANI (ESTA) — Kurdistan Region President Nechirvan Barzani on Wednesday called for restraint and solution to the clashes between Israel and Palestinians.

“We are very concerned about the recent violence between Israelis and Palestinians that claimed lives of civilians, including children, and targeted holy sites,” Barzani said in a tweet.

“We call for restraint and a peaceful solution for the current unrest,” he added.

Hostilities between Israel and Hamas escalated on Wednesday, with at least 35 killed in Gaza and five in Israel in the most intensive aerial exchanges for years, according to Reuters.

Reuters said Israel carried out hundreds of air strikes in Gaza into Wednesday morning, as Hamas and other Palestinian militants fired multiple rocket barrages at Tel Aviv and Beersheba.

One multi-story residential building in Gaza collapsed and another was heavily damaged after they were repeatedly hit by Israeli air strikes.

It was the heaviest offensive between Israel and Hamas since a 2014 war in Gaza, and prompted international concern that the situation could spiral out of control.

The violence followed weeks of tension in Jerusalem during the Muslim fasting month of Ramadan, with clashes between Israeli police and Palestinian protesters in and around Al-Aqsa Mosque, on the compound revered by Jews as Temple Mount and by Muslims as the Noble Sanctuary.

These escalated in recent days ahead of a – now postponed – court hearing in a case that could end with Palestinian families evicted from East Jerusalem homes claimed by Jewish settlers. 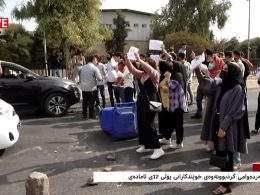 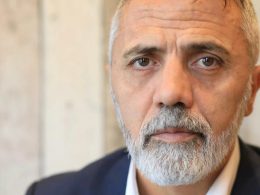 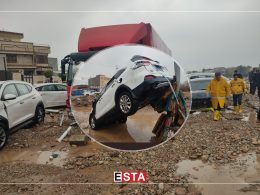 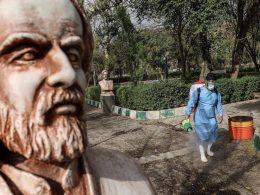 SULAIMANI (ESTA) — The Kurdistan Region logged 392 cases of coronavirus on Sunday, bringing the total number of…