SULAIMANI (ESTA) — Iran and world powers have made headway in talks to save the 2015 nuclear accord though much more work is needed, a senior European Union official said on Tuesday, with meetings to resume next week after consultations in their respective capitals.

The talks, aimed at bringing Iran and the United States back into compliance with the nuclear deal will pick up again next week based on progress achieved so far, Russian and Chinese officials said earlier on Tuesday.

Iran and world powers have been meeting in Vienna since early April to hammer out steps that must be taken, touching on U.S. sanctions and Tehran’s breaches of the deal’s limits on its uranium enrichment capacity.

“Today the Joint Commission of #JCPOA took note with satisfaction of the progress made in negotiations to restore the nuclear deal,” said Mikhail Ulyanov, Russia’s ambassador to the U.N. nuclear watchdog (IAEA), referring to the nuclear deal.

“In view of the progress made…so far the Joint Commission of #JCPOA decided to establish the third working group to deal with possible sequencing of practical steps leading to full restoration of the Iranian nuclear deal.”

U.S. President Joe Biden’s administration, which took office in January seeking to rejoin the accord, has said it is ready to remove “all sanctions that are inconsistent” with the deal, though not spelled out which measures it means.

Iran’s clerical establishment has said it will not return to strict observance of the 2015 agreement unless all sanctions reimposed or added by former President Donald Trump after he abandoned the accord in 2018 are rescinded first.

Iran’s chief nuclear negotiator said the talks were moving forward despite difficulties but warned Tehran would halt the negotiations if faced with “unreasonable demands” or time wasting.

Iranian officials had on Monday cited the possibility of an interim deal to buy time for a lasting settlement.

Separately, the Iranian government said it had launched enrichment of uranium to 60% fissile purity in order to show its technical capacity after a sabotage attack at a nuclear plant that Tehran has blamed on Israel, which opposes deal-making with Iran. But the escalation of enrichment is quickly reversible if Washington drops sanctions, the government said.

China’s envoy to the U.N. nuclear watchdog, Wang Qun, told reporters after a meeting of the remaining parties to the 2015 deal broke off that the parties had begun a drafting process and were clearer about what a final document would look like.

“We see productive work from the Joint Commission under the leadership of EU colleagues through their two processes, not only the working group process but also their proximity talks with the United States over the past few days,” he said, adding that sanctions-lifting remained the top issue to be resolved.

Spokesman of the U.S. State Department Price said U.S. envoy Rob Malley had been exploring concrete approaches on steps that both Iran and the United States need to take to return to compliance with the 2015 deal.

“We probably have more road ahead of us than we do behind us at this stage,” Price told a regular news briefing. 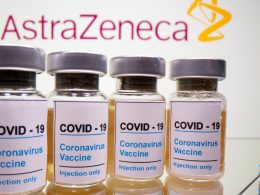 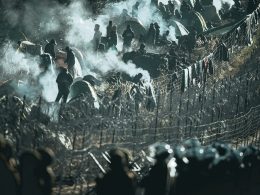 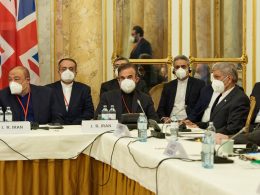 SULAIMANI — Talks to salvage the 2015 Iran nuclear deal will resume on Monday, two parties to the… 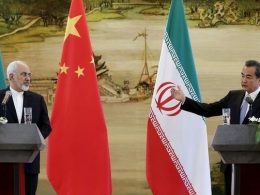 China and Iran expected to sign 25-year accord – report