Ghanmi’s visit came after several other Iraqi security and military officials had visited the district in the past months.

In March, a high-level security delegation led by National Security Advisor Qasim al-Araji paid a visit to Sinjar and met with local officials there.

Chief of Staff of the Iraqi military Abdul Amir Yarallah also visited Sinjar in February and had a “closed-door meeting” with the security officials in the district.

Kurdish officials say a deal reached between Erbil and Baghdad in October 2020 to normalize the governance and security situation in Sinjar have not been implemented.

Under the deal, all armed groups should leave Sinjar and allow the Iraqi security forces to take control of the district.

On February 14, the Iraqi Joint Operations Command said there were no armed groups in Sinjar and that the Iraqi forces were in control of the district.

Kurdistan Regional Government (KRG) Prime Minister Masrour Barzani said the armed groups which were supposed to leave the district under the agreement were still present there.

“As long as I know, the Sinjar agreement hasn’t been implemented … The parties supposed to leave those areas are still present there,” Barzani said in a press conference on February 10.

“The normalization of the situation to allow the return of the displaced people living in camps has not been implemented as well,” Barzani added.

“We are seriously waiting for the agreement to be implemented as it is, but unfortunately it has not yet, even though we lost a lot of time.”

Islamic State (ISIS) overran the Yazidi faith’s heartland of Sinjar in northern Iraq in 2014, forcing young women into servitude as “wives” for its fighters and massacring men and older women. 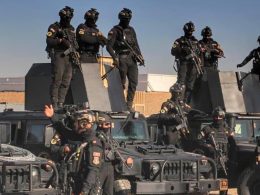 99 ISIS suspects detained in Iraq in past months: counter-terrorism service 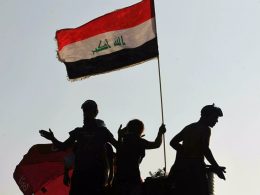 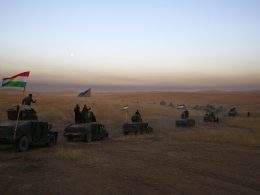 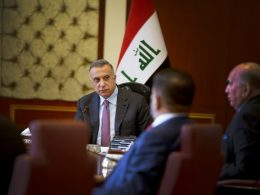