byEsta Media Network
Fighters of the Syrian Democratic Forces (SDF) stand atop a roof next to their unfurled flag at a position in the village of Baghouz in Syria’s eastern Deir Ezzor province near the Iraqi border on March 24, 2019. (AFP)

SULAIMAN (ESTA) — Kurdish forces warned on Tuesday that Islamic State (ISIS) militants remain as dangerous today as when they were ousted from their last Syrian bastion two years ago.

Kurdish authorities, local tribal leaders and members of the U.S.-led Coalition forces marked the anniversary of victory over ISIS in March 2019 in a military parade in the U.S.-protected Al-Omar oilfield, in the eastern province of Deir Ezzor, according to AFP.

The Kurdish-led Syrian Democratic Forces (SDF) said in a statement that counter-terrorism efforts were “more difficult than face-to-face fighting with ISIS jihadists, and are considered more dangerous”.

“The fall of the last patch of ISIS territory in northeast Syria does not mean complete defeat,” it added.

The ISIS defeat in the eastern riverside hamlet of Baghouz marked the end of a cross-border “caliphate” declared in 2014 across swaths of Iraq and Syria.

But two years on, the group has shown that it does not need a stronghold to pose a potent threat, with the militants carrying out regular attacks and ambushes, including setting off roadside bombs and machine-gunning vehicles.

They are also feared to be recruiting fresh fighters, including among tens of thousands of suspected ISIS relatives detained in overcrowded displacement camps.

“We are currently at the most difficult stage of our counter-terrorism efforts,” the SDF said.

U.S. Secretary of State Antony Blinken said in a statement that the Coalition’s mission “is far from complete” despite the liberation of territory in Iraq and Syria, which he said was an “important turning point” in the fight against the militant group.

“The Global Coalition remains united in its determination to see this enemy destroyed and will continue its efforts against the group in Iraq, Syria, and other countries,” Blinken said. 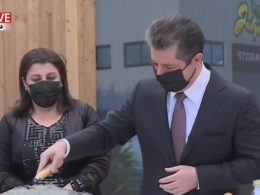 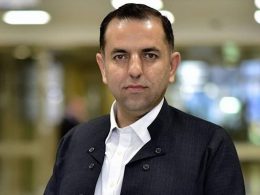 Judge orders arrest of former director of health in Sulaimani 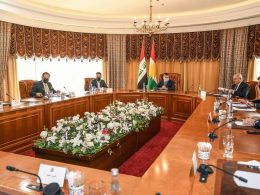 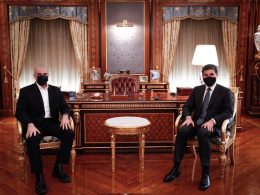