SULAIMANI (ESTA) — Iraqi Prime Minister Mustafa al-Kadhimi said on Friday that the federal government is prepared for “a decisive confrontation if necessary”, after an Iran-backed militia group threatened to attack Iraqi intelligence service to free one of its members detained by security forces.

Kadhimi said in a tweet late on Friday that the security of Iraq “is a trust on our necks” and that he would not submit to “adventures or diligence”.

“We have worked silently and quietly to restore the confidence of the people, security services and the army in the state after it was shaken by the adventures of outlaws,” Kadhimi tweeted.

“We called for calm to prevent our country from being thrown into another absurd adventure, but we are ready for a decisive confrontation if necessary.”

Kadhimi’s tweet came after Asaib Ahl al-Haq threatened to attack Iraqi intelligence service in Baghdad to free its senior member who was detained earlier over a rocket attack on the U.S. embassy in the Iraqi capital last week, according to reports.

The group released a video saying “we are warning Kadhimi and its people to stop from such ugly works, otherwise, they will be punished by Mujahideens [those engaged in Jihad]”.

Footage circulated on social media showing the group stationed a large number of its fighters to the streets in Baghdad.

Al-Arabiya cited a security source as saying that the security forces in Baghdad had been put on “maximum alert” following the group’s threat.

In response to the threats, units of Iraqi counter-terrorism forces were also deployed to different areas in Baghdad, according to Iraqi media.

Prime minister Kadhimi has also taken to Baghdad streets to show support for the security forces and said to be a message that Baghdad is tranquil and secure.

The Asaib Ahl al-Haq is said to have given 48 hours to the Iraqi government to free its senior member.

Meanwhile, Iraqi Counter-Terrorism Service said in a statement that its forces “are ready to protect Iraq and Iraqis, and we are waiting for the prime minister’s order for any move or possibility”. 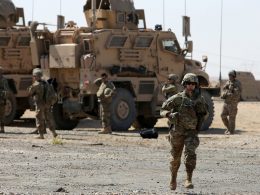 SULAIMANI (ESTA) — Foreign ministers of the U.S.-led Coalition forces said on Tuesday attacks against the coalition and… 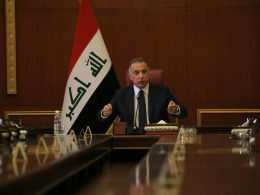 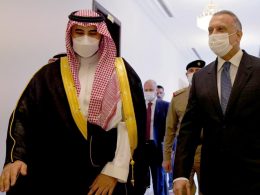