SULAIMANI (ESTA) — More than 400 migrants who had travelled to Belarus seeking to cross the border into the EU flew home on Saturday on an Iraqi Airways plane bound for Erbil, Minsk’s airport said.

The EU imposed sanctions on Belarus on Thursday after accusing it of flying in migrants, mostly from the Middle East, and pushing them to illegally cross the Polish border to manufacture a crisis, something Minsk denies.

Minsk airport authorities said in a statement that a Boeing 747-400 would fly 415 adults and four children on Saturday to Erbil, according to Reuters.

The airport’s website later listed the flight as having departed.

Iraqis and Kurds who fled seeking economic opportunity and in some cases political asylum began returning to their country last month having failed to get into the EU via a route that people smugglers promised them would work.

Russia, which supported Belarusian President Alexander Lukashenko’s government during mass street protests last year, on Saturday criticized the new EU sanctions as illegal, and said the issue should be settled through dialogue.

Bitcoin falls by a fifth, cryptos see $1 bln worth liquidated 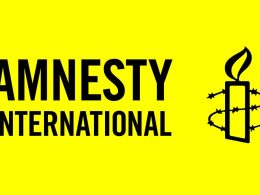 KRG must put an end to ongoing crackdown of protests: Amnesty 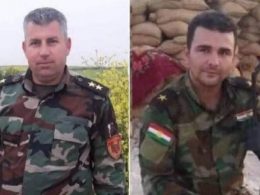 SULAIMANI (ESTA) — Two members of Roj Peshmerga were killed in an explosion in Duhok province on Wednesday,… 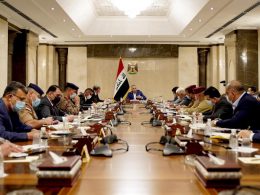