Turkey, Russia in talks to launch ops to clear YPG in Kobane – report

The UK-based news outlet said Turkish and Russian officials had been negotiating a deal to address Turkey’s concerns with regards to the YPG since President Recep Tayyip Erdogan threatened to conduct an operation against the Kurdish group.

“We are determined to eliminate the threats emanating from Syria with our own means,” he said in televised comments. “We will take the necessary steps in Syria as soon as possible.”

Turkey aims to close the western part of the border by seizing Kobane and linking Turkish-controlled areas Jarablus and Tal Abyad, according to Middle East Eye.

Kobane has been held by the YPG since 2012. Syrian and Russian troops entered the border town during an earlier Turkish incursion in 2019.

MEE cited sources as saying that Russia would maintain its presence in Kobane, while Turkey would capture the surrounding areas towards the strategic M4 highway.

Turkey wouldn’t deploy its allied Syrian rebels to the city and there would be joint Turkish-Russian control on M4, MEE said.

Turkey would also maintain the security of the Russia base in Sarrin by not placing the Syrian forces in the vicinity, according to MEE. Russia, in return, would make sure that YPG fighters would withdraw southwards.

The sources told MEE that Russia, however, has tied the Kobane operation to some concessions on Idlib, where Moscow eyes Arihah, the Syrian town that sits on the M4 highway.

The sources further said the negotiations between Ankara and Moscow were still underway and that Erdogan would need to sanction any deal before launching a military operation.

“It is a political decision at the end of the day,” MEE quoted one of the sources as saying.

Meanwhile, Turkish security forces told MEE that the military had nearly completed its preparations for an initial incursion in Northern Syria.

“We also nearly finalized our deployments in Idlib as well to protect the area against Syrian regime and Russian attacks,” one of the sources said, according to MEE.

“Our experiences in the past suggest we should be militarily ready in Idlib even if we have a deal with Moscow because of our past experiences with Russia.”

Bloomberg reported last week that Turkey had deployed hundreds more troops in northern Syrian in preparation for a long-suspended offensive against the YPG.

Two officials told Bloomberg that the planned offensive “is meant to seal more than two thirds of Turkey’s 910-kilometer frontier with Syria”.

The officials said Turkey would aim to capture areas south of the town of Kobane to connect areas under its control west and east of the Euphrates river, according to Bloomberg.

They added that another potential target “is to capture the Menagh air base” near Azaz town from the YPG forces who carry out hit-and-run attacks on Turkish forces and allied Syrian rebels who would join it in the planned campaigned.

Bloomberg said the area targeted for the currently planned offensive is largely empty of people.

In response to a reporter who asked about a possible Turkish incursion, spokesman of U.S. Defense Department John Kirby said the U.S. would continue to work with the SDF, that has been a partner for the U.S. in the fight against Islamic State (ISIS) militants.

“We take that partnership seriously,” Kirby said in a press conference on Monday.

“We continue to work with them, specifically and solely on the ISIS threat in Syria. And it’s our expectation that, that kind of cooperation and those operations will continue,” he added.

Turkish forces have launched three incursions in the last five years, seizing hundreds of kilometers of border strip and pushing around 30 km (20 miles) into northern Syria. 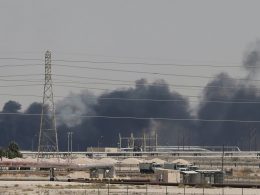 U.S. ‘alarmed’ by frequency of attacks on Saudi after Houthis target oil heartland 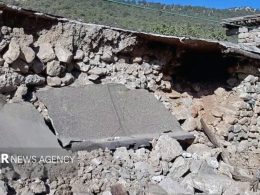 SULAIMANI (ESTA) — At least 12 people were injured after a moderately strong earthquake jolted Iran on Monday,… 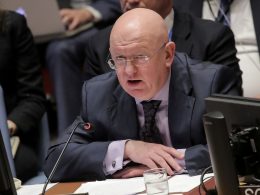 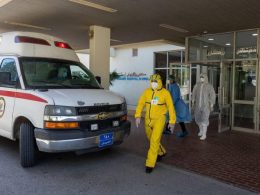